In 2000, a corporation in Switzerland launched a campaign to name the New 7 Wonders. The New 7 Wonders of the World were announced in 2007 after receiving more than 100 million votes.

It caused quite a controversy, with many people dismayed that their favorite failed to make the cut, such as the Acropolis of Athens. 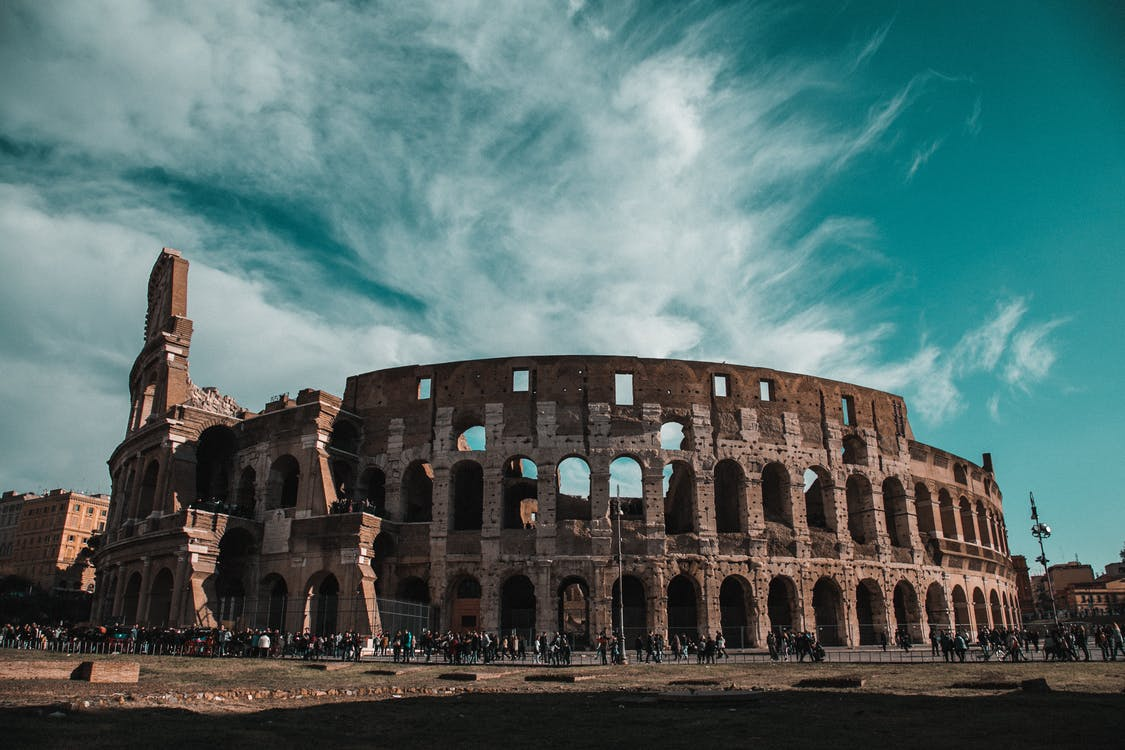 In the 9th and 10th centuries, Chichén Itzá was a Mayan metropolis in the Yucatán Peninsula of Mexico. Monuments and temples were created by the Mayan tribe Itzá, which the Toltecs heavily inspired. 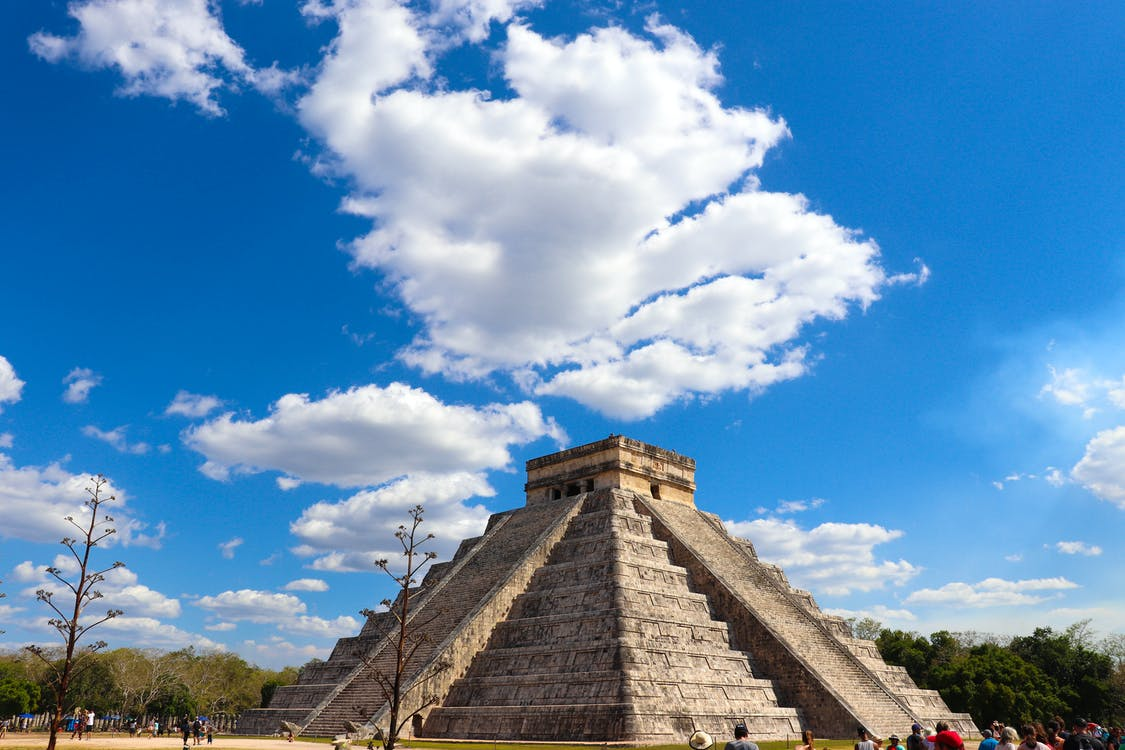 El Castillo, or “The Castle” in English, is a 79-foot-tall (24-meter-tall) stepped pyramid, and one of the most prominent structures at the site. Its 365 steps, which correspond to the number of days in a solar year, are a tribute to the Mayans’ astrological prowess.

In spring and autumn, when the sun sets, the pyramid’s north stairway looks like a serpent sliding down its belly. A stone snake head sits at the base of this illusion.

Aside from work and research, there was a lot of fun to be had as well. The largest tlachtli in the Americas can be seen in Chichén Itzá. Residents of pre-Columbian Mesoamerica performed a ritual ball game on that field.

Besides the structures, the site is also home to other interesting aspects. For example, the Song of Quetzal can be heard by making a short, loud noise, like applause or playing a percussion instrument, about 40 meters in front of the main pyramid’s staircase.

In 1998, an American engineer named David Lubman was the first to notice this acoustic effect. In 2004, Belgian scientists showed that waves bouncing off the ladder sound similar to that of the Mayas’ sacred bird, the quetzal, and raindrops.

About 300 meters from the pyramid of Kukulcán is the Sacred Cenote, which has a 60-meter diameter and 15-meter depth and was used for ceremonies and rituals to honor the gods.

One of Rio de Janeiro’s most well-known landmarks is Christ the Redeemer. A “tide of godlessness” was feared by some Brazilians following World War I. The statue was designed by Heitor da Silva Costa, Carlos Oswald, and Paul Landowski. 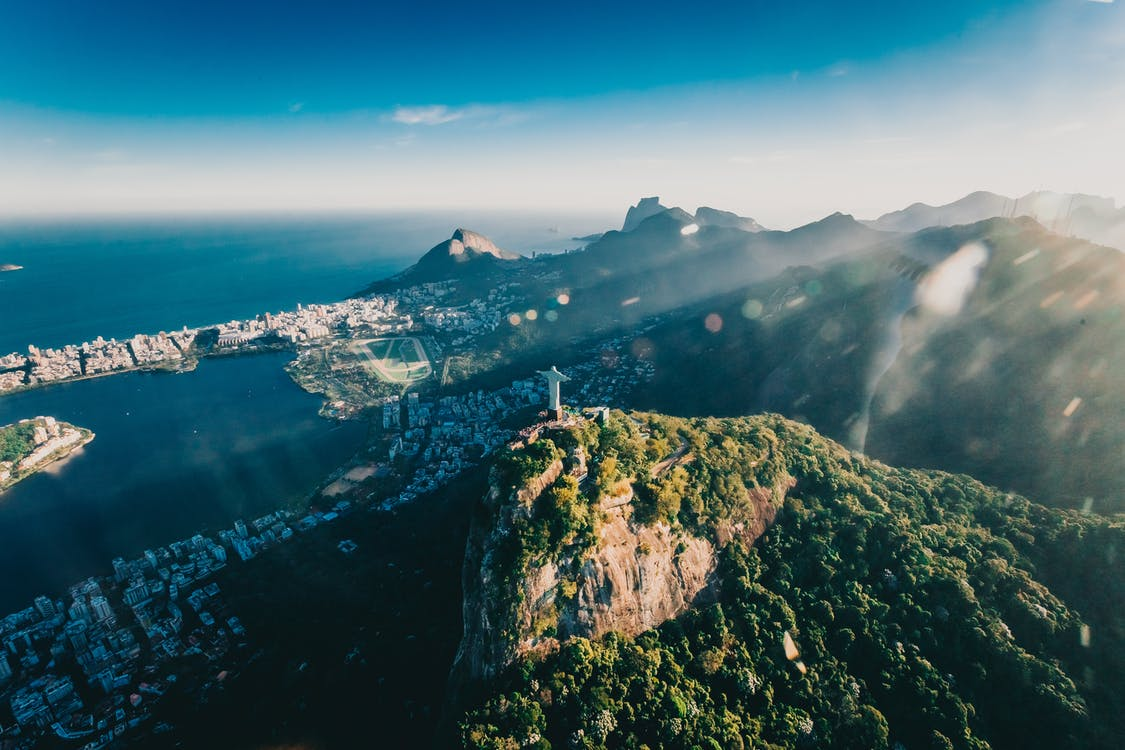 In 1926, work on the project got underway, and it was completed in 1927. There is a total of 92 feet between the monument’s outstretched arms and its base, which is approximately 26 feet (8 meters) high (28 meters).

The statue has been struck by lightning numerous times, and in 2014 the right thumb of Jesus’s figure was damaged.

Why Visit Christ the Redeemer

The Christ the Redeemer monument has become a symbol of protection for the people who visit it. Called “Cristo Redentor” to locals, it is just as necessary as any refuge in the event of a disaster. The soul is believed to be protected by Christ the Redeemer.

The statue’s design and materials are equally beautiful. The Latin cross’s holy figure is created by the outstretched arms, which have a pleasing visual balance and, as Christian imagery, evoke intense emotions.

Since the materials used to build the Christ the Redeemer monument are light in color, natural and artificial spotlights can quickly reflect off them.

Emperor Vespasian had the Colosseum erected in Rome’s first century. One of the largest amphitheaters in the world, it is home to an elaborate vault system and measures 620 by 513 feet (189 by 156 meters). 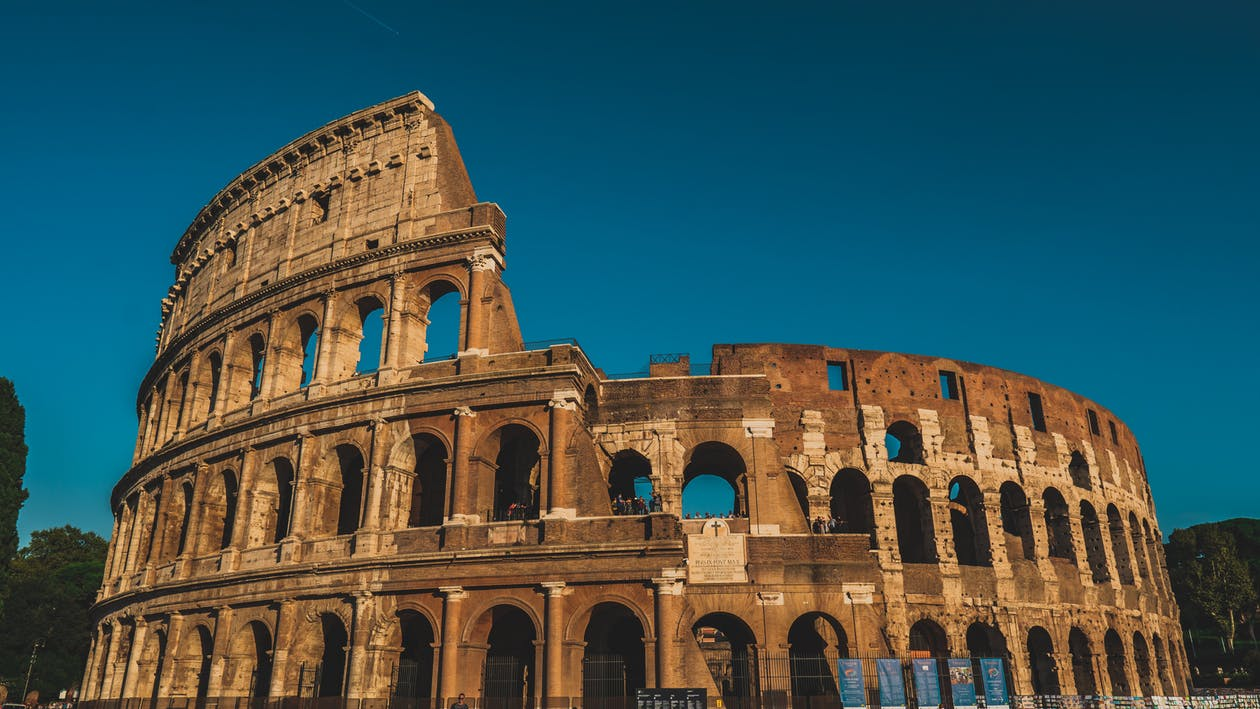 The Colosseum could accommodate 50,000 spectators for a wide range of events. Gladiator bouts were perhaps the most famous, but men battling animals were also prevalent.

The Colosseum was also used for fake naval battles, in which water was pumped into the arena. But the idea that Christians were crucified by being thrown to lions there is controversial.

Around 500,000 people perished in the Colosseum, according to some estimations. A number of species were said to have gone extinct due to the mass killing and capture that occurred there.

The props, scenery, and wild animals were kept in the Colosseums huge maze of tunnels and rooms. It was also where the gladiators went to get ready for battle. The wooden floor of the Colosseum rotted away many years ago, so it is easy to see the crumbling walls of the underground level of the amphitheatre.

Nearby the Colosseum complex, the Arch of Constantine is a memorial to Constantine the Great, who was emperor at the time. It is the arch of victory in Rome.

This building is in between the Colosseum and the Temple of Venus. The arch is 21 metres high so it is easy to see and connects to the Roman Forum. 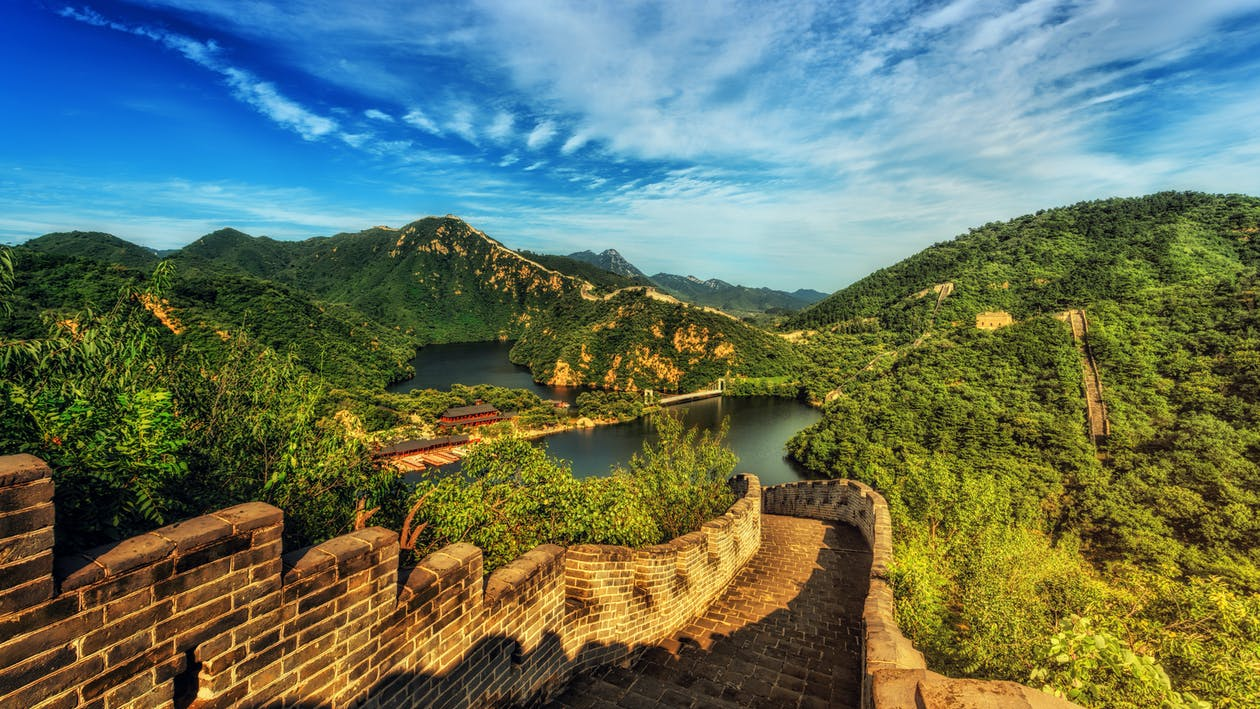 Construction was underway for more than two millennia after the 7th century BCE. The building has two parallel walls for long portions, even though it’s referred to as a “wall.” Watchtowers and barracks can also be found all along the bulwark.

In spite of the fact that it was intended to thwart intruders and raiders, the wall proved mainly ineffective. It was more like “political propaganda,” according to academics.

Why Visit the Great Wall of China

The Great Wall of China has a long history and a colossal scale that can be seen from space, making it a worthwhile tourist destination. In addition, one can take in the sights and sounds of nature while trekking and taking photos.

Most tourists favor the most-visited sections of the Great Wall called Badaling and Mutianyu, which take at least two hours to trek. Another site, Jiankou, is one of many wild spots in the park. Climbing these portions requires a lot of guts and stamina, as it is both dangerous and taxing on the body.

In 1911, Hiram Bingham “found” an Incan site in Cuzco, Peru, believing it to be Vilcabamba, a hidden Incan fortress utilized by the Incans during the 16th-century revolt against Spanish control. 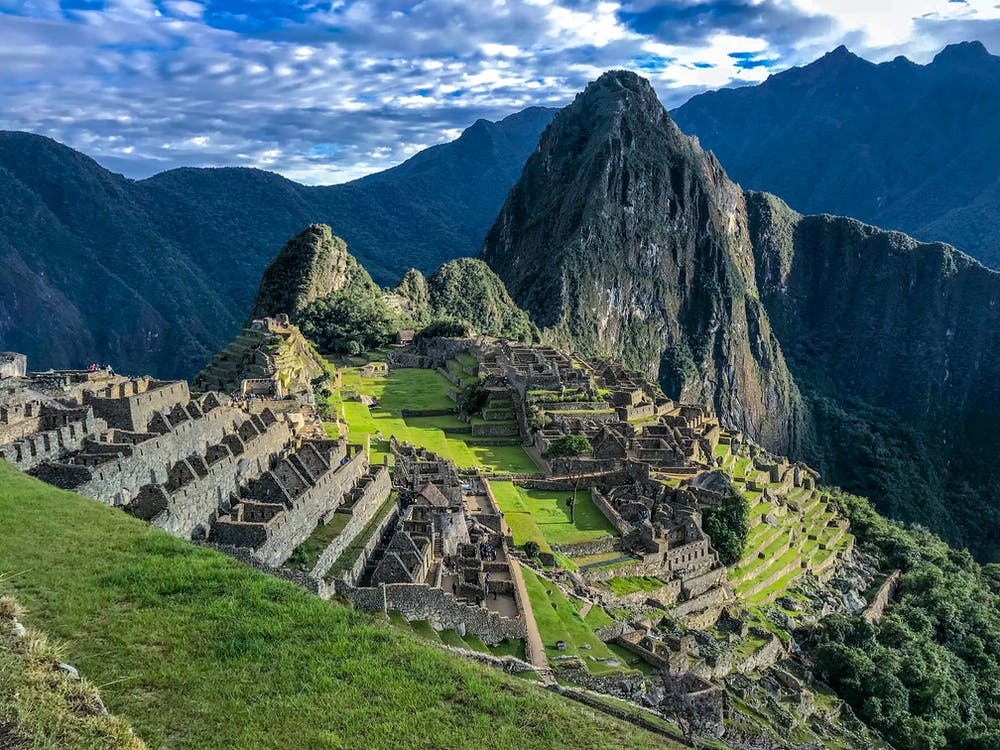 Machu Picchu’s purpose has baffled experts. Bingham thought it was the abode of the “Virgins of the Sun,” women who took a vow of virginity and resided in convents. Some speculate that it was a holy spot, while others assert it was a royal retreat.

Regarding the most important pre-Columbian ruins, Machu Picchu is one of the best preserved. There are several agricultural terraces and residential settlements despite the area’s remoteness in the Andes.

No trip to Peru would be complete without first learning about the country’s rich culture, and its long and interesting history. Culture is one of the best reasons to go to Machu Picchu, with a mix of Andean traditions and Peruvian influences.

There is no doubt about the sense of adventure. When people look at the different old buildings and the natural scenery, it feels like Indiana Jones. Going to Machu Picchu is an adventure from the beginning to the end.

Petra, Jordan, is set in a valley between sandstone peaks and cliffs. Moses supposedly struck a rock, and water spilled out of it at this location. 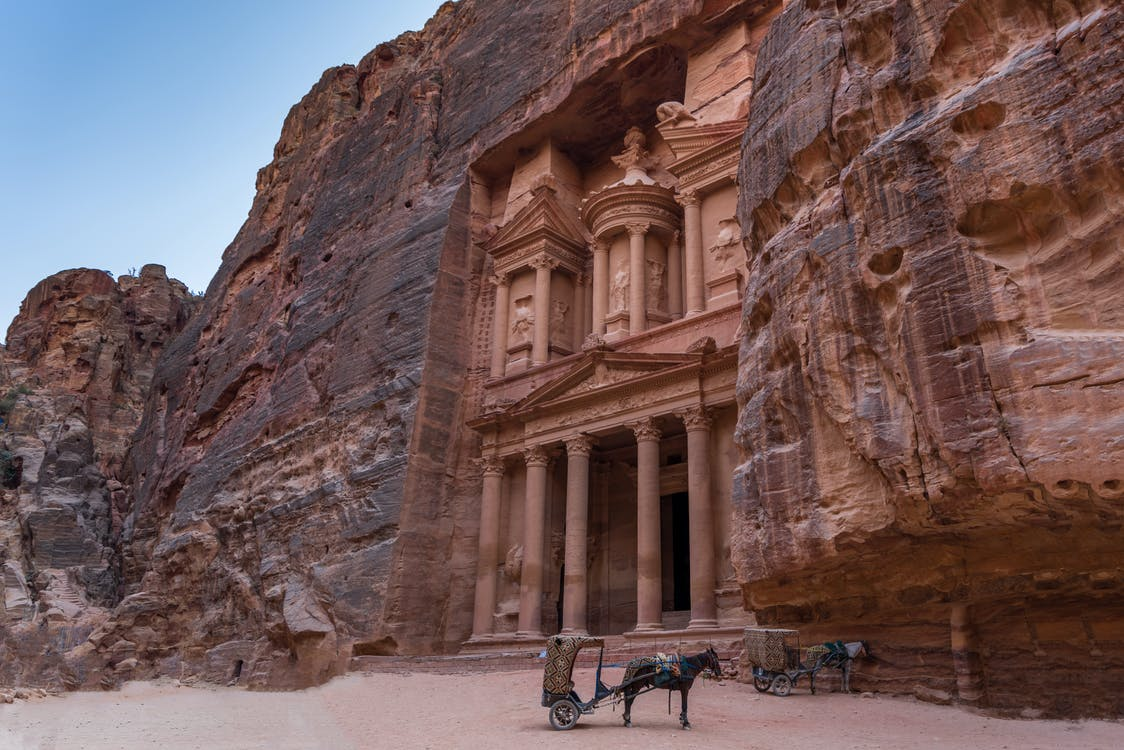 It was ruled by an Arab tribe known as the Nabataeans throughout this period, which saw the city’s prosperity rise to new heights as a major commercial hub for spices.

The Nabataeans were skilled stone carvers who carved buildings, temples, and tombs from the shifting sandstone. They also built a water system that enabled them to cultivate luxuriant gardens and farmland. Petra is said to have had a population of 30,000 at its peak.

As trade routes changed, however, the city began to deteriorate. Some of Petra was eventually abandoned after a large earthquake struck 363 CE, followed by another in 551. In 1912, archaeologists rediscovered and mostly disregarded it, and there are still many unanswered questions.

“Pink City,” “Lost City,” or even “Rose Red City,” Petra, Jordan’s UNESCO-designated World Heritage Site, is a spectacular ancient city hidden in the canyons of the southern Jordan Desert. The pink-tinged granite facade and the awe-inspiring desert scenery make it one of the Seven Wonders of the World.

Old water systems from the Roman and Byzantine ages may be seen at the ancient site, making the parched desert circumstances even more spectacular.

Visit Petra to see the complex carving into the rock face, ancient tombs and churches, and archaeological artifacts from the copper mine, all of which give a fascinating insight into the history of Petra and the people who lived there. 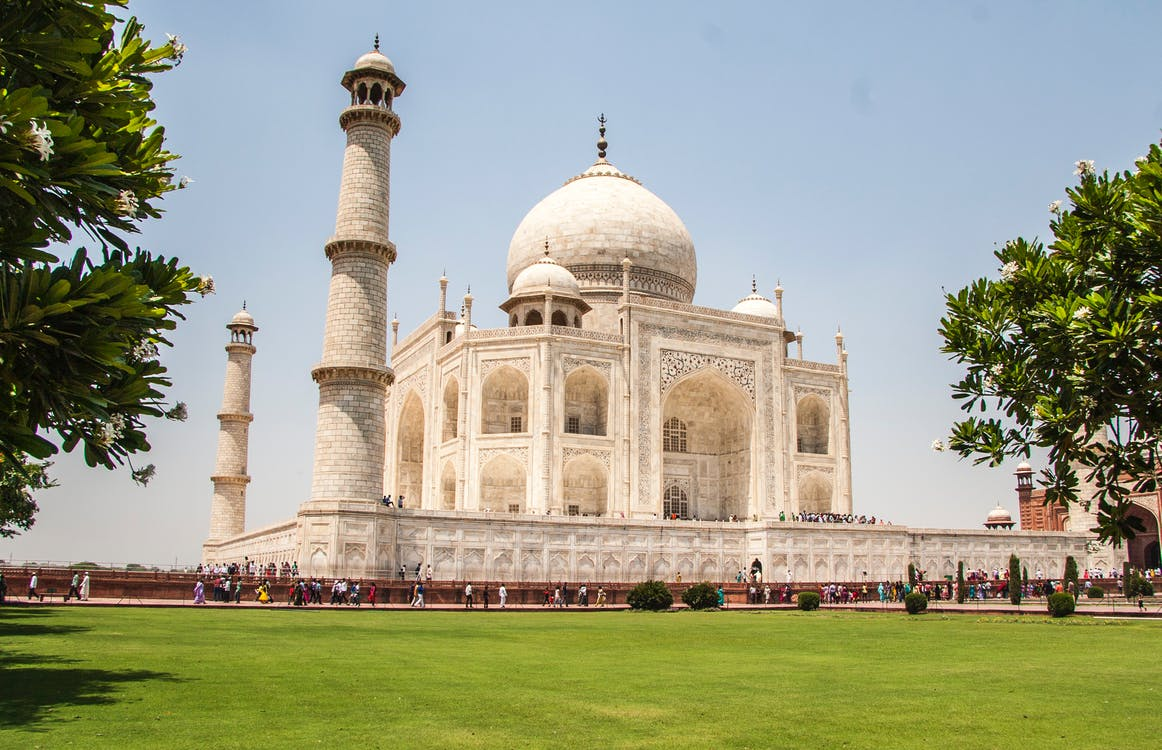 The mausoleum is made of white marble with semiprecious stones arranged in floral and geometric patterns.

It has a beautiful central dome and four smaller domes on the sides. Some reports say that Shah Jahan wanted his tomb to be black marble. But one of his sons took over before any work could be done.

Shah Jahan, the last Mughal emperor, ordered the construction of the Taj Mahal in the 17th century, making it one of the most iconic monuments of the era. It is a symbol of the Mughal aristocracy’s opulence and grandeur.

Several Indian and Hollywood productions have featured the Taj Mahal as a setting for scenes. It is not difficult to imagine what it would be like to be in the presence of the Taj Mahal’s awe-inspiring splendor.

The New 7 Wonders of the Worlds are worth visiting as they reflect some of the world’s greatest culture and history with their unique beauty and structure.